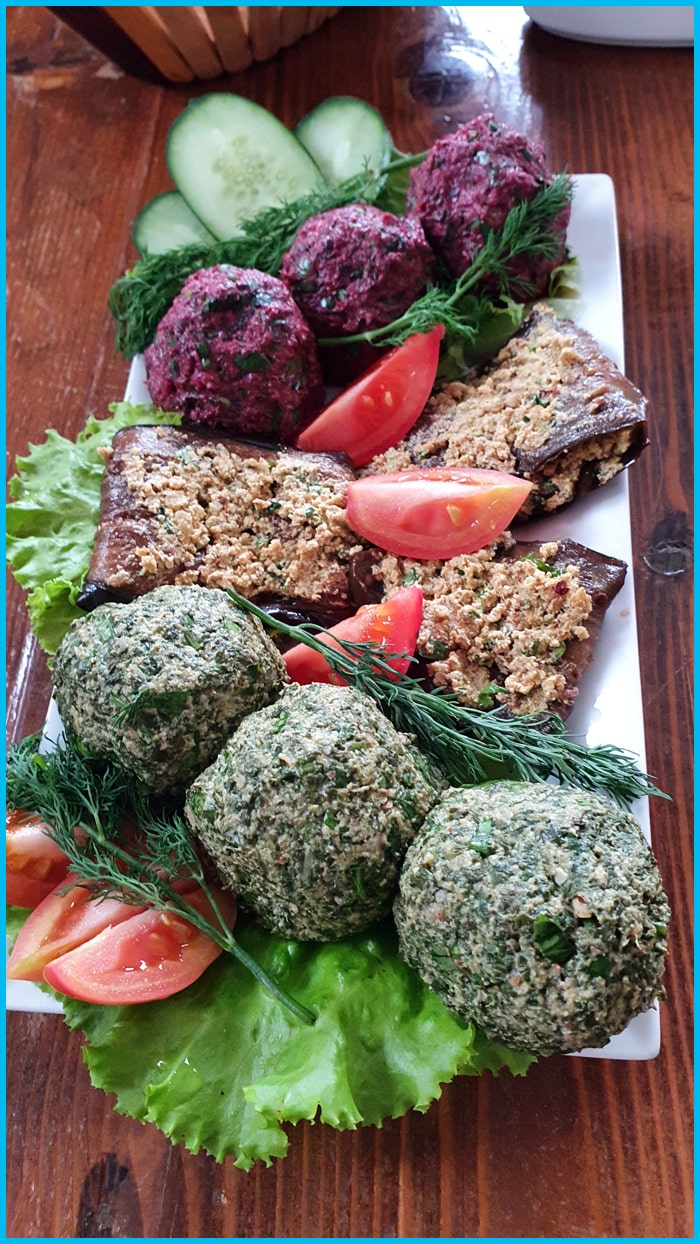 Day 1: Tbilisi
Our happiness is seen in the happiness in the eyes of tourists, that is why we are glad to meet you in the Tbilisi International airport and take to the very center of Georgia, Tbilisi city. The sightseeing tour is based today along the main localities of the city, starting with Tsminda Sameba. It is the church of Orthodox Church, which is the tallest one of the country. Then the route is made to the remarkable district Metekhi and then to the height of the hill to see the Assumption Church. The trip today is then organized to Rike Park and the modern Bridge of Peace and then to the cable car of the Narikala fortress. Moreover, the Botanical Garden is visited today and we offer to visit the sulfuric baths of XVII-XIX cc. The walking is also offered today along Lively Shardeni street and the Sioni Cathedral. Night is made in the hotel.

Day 2: Tbilisi - Kakheti - Telavi
The way is aimed at the driving to Kakheti. It is seen as one of the most charming locality of the region, famous for the local wines. It is also going to be the investigation of Telavi, where wine is usually produced. Make a visit of the Tsinandali estate of the royal family Chavchavadze. This location is known for the greenery maze along with cellars, where wine from the country and Europe is held. As we get to Batonis Tsikhe Fortress, we continue the viewing with the Khareba winery. This day offers the chance to try wine and then view the way of creation of Georgian national bread shoti. Night is taken in the hotel.

Day 3: Telavi - Signaghi - Tbilisi
Guests in the morning start for Signaghi for out looking this small city of love and amazing architecture. Then the route is made to Bodbe Monastery. The Bodbe Monastery is identified as the place where there is a grave of the saint Nino, the main apostle of the country. At the territory there is the spring "Nino's water", seen to be holy and curing one, according to the words of the locals. And at last you take the excursion to David Gareja a rock-hewn monastery complex, being created in the 6th century, by the thirteen Assyrian fathers, St. David Garejeli. Night is taken in the hotel.

Day 4: Tbilisi - Gudauri - Tbilisi
We would like to offer the opportunity of visiting the Ananuri medieval fortress. For this we arrive at the shore of the Zhinvali reservoir, where nice-looking architectural constructions are noticed. And in the times of war, it was the fort for the protection. Going on, the resort town Gudauri is visited at the altitude of 3000m. Being at such heights, we can take skiing or hiking. Guests take a stop at the Sour Waters of Vedza, for seeing the greatness of Stepantsminda settlement. The ancient settlement is known to be based at the height of 2170m, of Mount Kazbek. Along with it, an old Gergeti Trinity Church is also based there. And in the course of the trip guests get to know secrets of Gergeti history. Hotel is ordered for the night.

Day 5: Tbilisi - Mtskheta - Kutaisi
There is also the mystic capital of Georgia, Mtskheta. It is also peculiar for being the site where the Aragvi and Mtkvari rivers make the unity. Having seen and admired of the beauties of the location, we drive for the Svetitskhoveli Cathedral and Jvari Monastery, known as the main church of the country, being created in the 11th century. At that time, the exploration of wine company Chateau Mukhrani is organized and we are going to view traditions and customs of the country, as well as some facts of the royal family. Here there are cellars with wine. Later on, the road to Kutaisi is organized and night in the hotel is held.

Day 6: Kutaisi - Martvili Canyon - Kinchkh Waterfall - Prometheus Cave - Kutaisi
It is your morning and it begins with the view of the treasure of western parts of the country, Martvili Canyon and Okatse Canyon. The latter one is identified with the greatest waterfall Kinchkha, and the first one presents us the gorge with the deep of 40m and length of 2400m. the boat trip is also organized today and then we get to 20km from Kutaisi, right to the Prometheus Cave. This cave is presented with stalactites and stalagmites and underground rivers. Night is taken in the hotel of Kutaisi.

Day 7: Kutaisi - Borjomi
You are going to visit the other historical location, presented with the views of Kutaisi and then of the UNESCO object Gelati Monastery. It is identified as the cultural location, as well as symbol of Golden Age. Here the facades can be seen to be created in a smooth way. Then the route is made to the Motsameta Monastery, being found at the height of the River Tskhaltsitela-Red. This is known as the striking place due to the charming localities and the temples of the country. For the conclusion site of the day, we arrive for Borjomi. It is known to be the spa town, also seen as the healing place. Hotel later is planned in the hotel.

Day 8: Borjomi - Vardzia - Uplistsikhe - Tbilisi
Having had breakfast we start for Vardzia, where culture is concentrated. And mainly it is based in the Javakheti region, from where the St. Nino monastery can be noticed. It is known also to be the starting point for the tour enjoying the views of Khertvisi Fortress (X century), where photos can be made. Vardzia is the cave complex, known of the Golden Age (XII-XIII centuries). Later on we get to the Rabati Castle, for seeing the ancient sites of Akhaltsikhe, dating to the 13th century. Returning to Tbilisi, we are going to show Uplistsikhe cave town, famous for the castles, towers and churches as well as being carved in the volcanic rock of Kvernaki ridge. Night is taken in the hotel.

Day 9: Tbilisi - Airport
In the sunrise you will be transported to airport.


Service does not include:
- Flights
- Visa fee
- Medical insurance