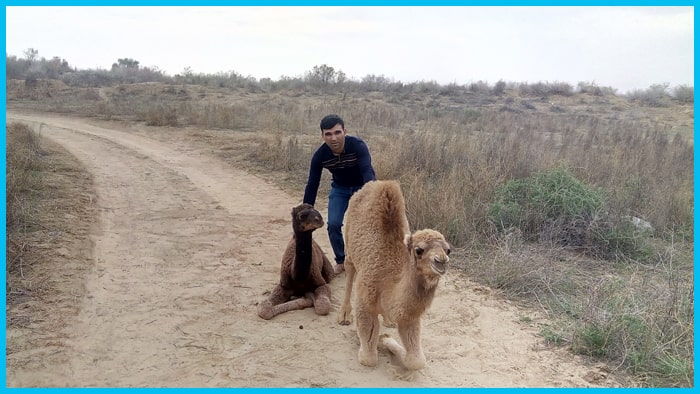 Day 1: Ashgabat
We are glad to see you in Turkmenistan journey 7. Upon arrival you will be met and transferred to the hotel checking in. Free time in the city. The night is in the hotel.

Day 2: Ashgabat - Turkmenbashy
Guide will meet and accompany you to Nisa that is also known as the ancient settlement of Parthians. On its prime of Parthian Empire Old Nisa has another name Mitridatkert. The name of the city was given in honor of king Mitridate I (171-138 BC) who ordered to build this city. But as the time passed new capital became Asia Minor. But you will glad to know that this city had special meaning even at that time, there located tombs of the ruling Arsacids dynasty members, the kings came to Nisa to have big festivals and arrange offering sacrifices. Later on you will be transferred for the sightseeing tour to visit the Ertugrul Gazi mosque that is considered to be the largest one in Ashgabat. Due to it size this mosque can accommodate up to 5,000 people simultaneously. You will be impressed by the view of this sight like the design that as made in Turkish style. The name to it was given in honor of Oguzkhan Ertogrul. He was known as the Osman I, the father of Osman Empire first ruler. After it you will visit the carpet museum that will exhibit the collection of carpets of different periods. And then you will continue Turkmenistan journey 7 at the Russian market. After it you will have an evening train to the Turkmenbashy region. Overnight is at the train.

Day 3: Turkmenbashy - Yangykala
In course of the tour you will travel to the famous sight of Turkmenistan, the Yangykala fire fortress. Upon arrival you will see the breathtaking view of the vast rock landscape. During the tour you will witness the rock walls with height 60-100 meters. This sight was formed in more than 5.5 million years ago this picturesque red cliffs used to be underwater limestone walls full of massive coral reefs from the pre-historical Parathetys Sea.  You will have time to enjoy the magnificent view of the Yangykala. Then you will have a drive to the place that is known as the Gozli Ata pilgrimage place. Here you will enjoy the traditional life of Turkmen people. Night is in the hotel.

Day 4: Turkmenbashi - Ashgabat
Today you will drive to the Kamil Ata. This area is considered to be a pilgrimage and nature place where you can enjoy the view of the huge stones that resemble Giants. After exploration of this city you will return to the city. Take a train to Ashgabat. Overnight is in the train.

Day 5: Ashgabat
Today you will return to the capital of Turkmenistan on the train. Upon arrival you will drive to horse farm where you can see the famous Ahal-Teke Horses. The Akhal Teke breed is known to be the best breed among more than 250 breeds. In order to produce this breed it took more than three millenia. The earliest mentioning of the Ahalteke breeds appeared in the 4th-3rd century B.C. It is interesting to note that Bucephalus that is known to be the favorite horse of Alexander the Great, was Akhalteke. Later on you will have a drive to the Gokdepe village. Tours to this sight show the Gokdepe fortress where the great battle between Russian army and Turkmen tribes was. After it you will return to Ashgabat where you will witness the Cultural and entertainment center Alem.  Night is in the city.

Note: Each Traveler should have 2 photos (5×6) to be presented at the points of entry.